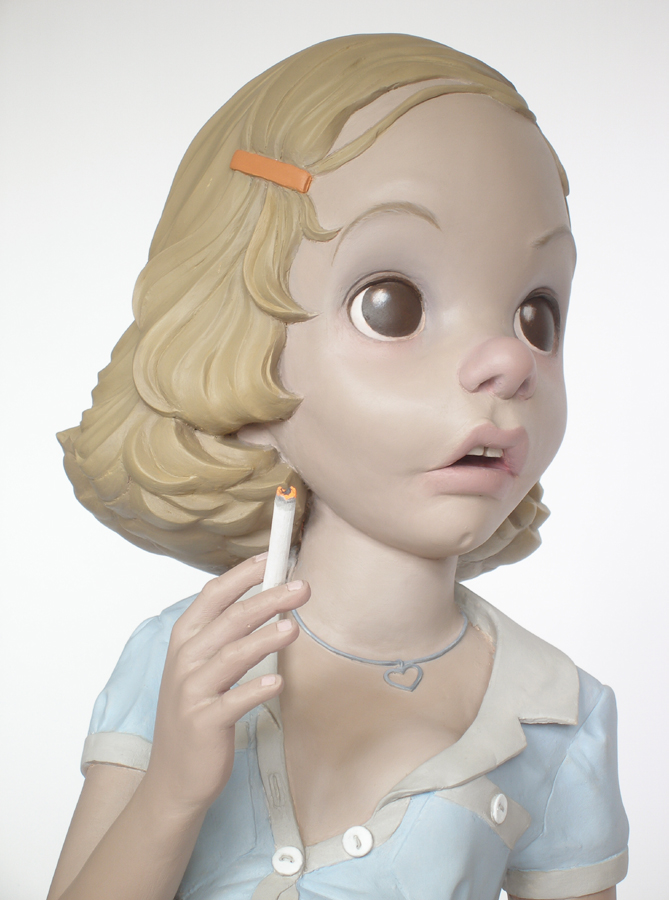 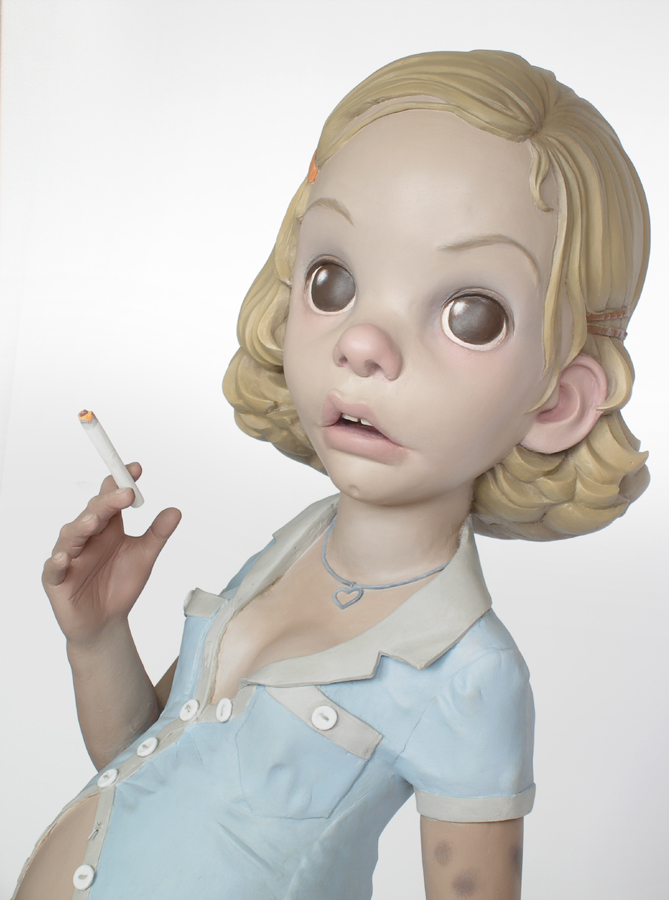 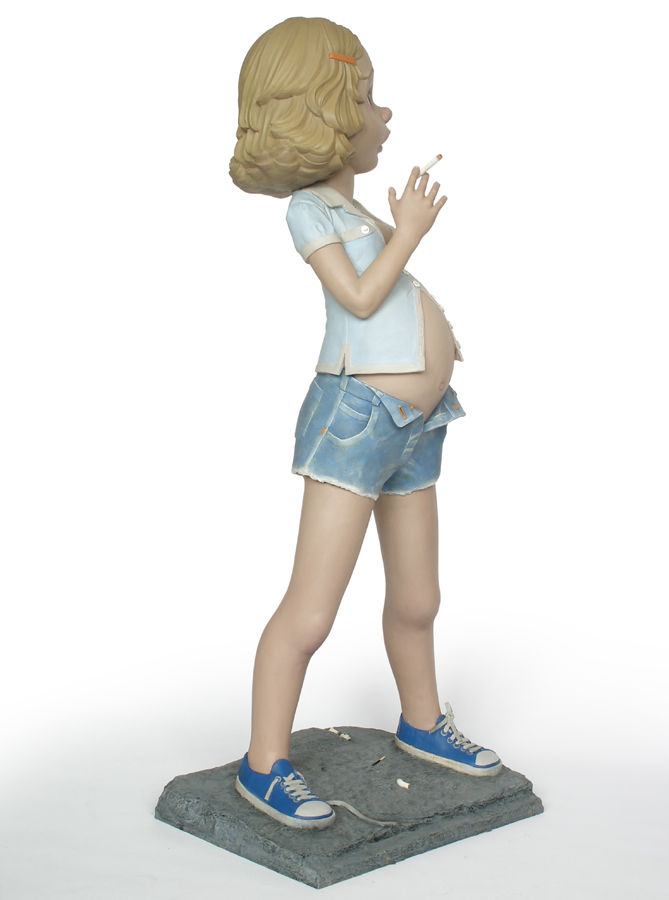 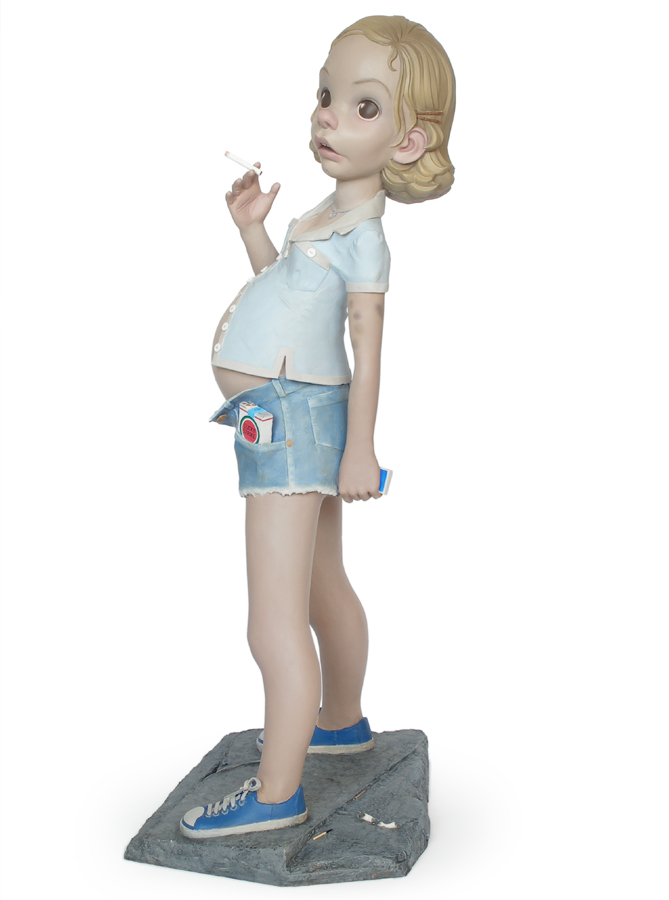 I made this near life-size sculpture of thirteen year old Aileen Wuornos after seeing the movie ‘Monster’.

She was born in Rochester, Michigan. Her father was a child molester who, at the time of her birth, was imprisoned. He hanged himself in prison in 1969. Her teenage mother abandoned her and her older brother Keith, leaving them with their grandparents. Her grandfather beat and abused both children.
At age of 13, Aileen became pregnant. The child was placed for adoption. At age 15, Wuornos’ grandfather threw her out of the house, and she began supporting herself as a prostitute while living in woods near her old home.
Later she went to Florida, where she was on the road as a hitchhiking prostitue for almost 20 years.
In 1989 Wuornos shot Richard Mallory, a convicted rapist, in self-defence. After that she killed and robbed six more man. She was convicted and sentenced to death for six of the murders.

After spending 12 years on deathrow, Aileen wanted to die. She petitioned the Florida Supreme Court for the right to fire her legal counsel and stop all appeals, saying, “I killed those men, robbed them as cold as ice. And I’d do it again, too (…….) I’m one who seriously hates human life and would kill again.” Her final words on camera were “Thanks a lot, society, for railroading my ass.”