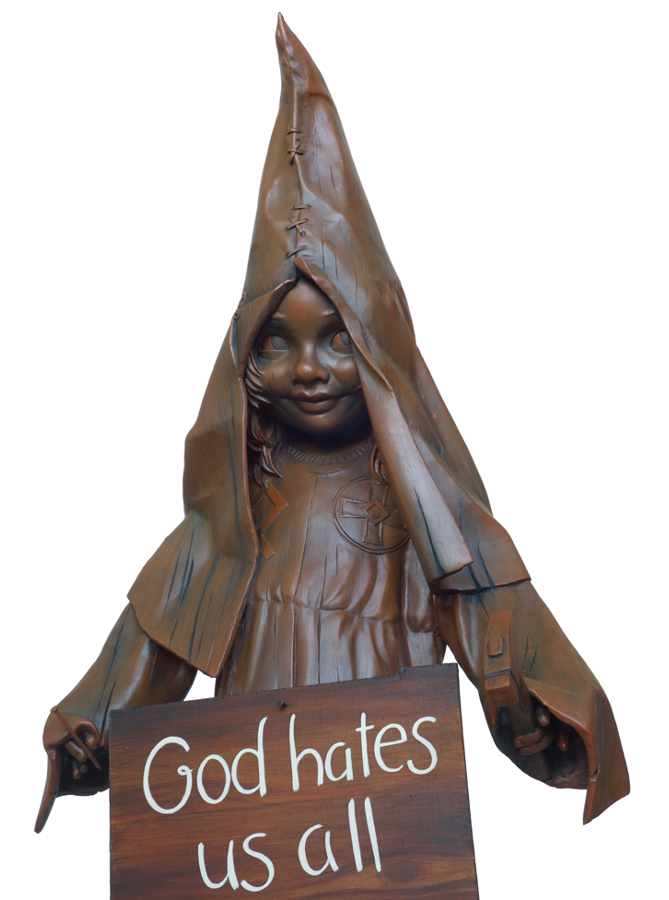 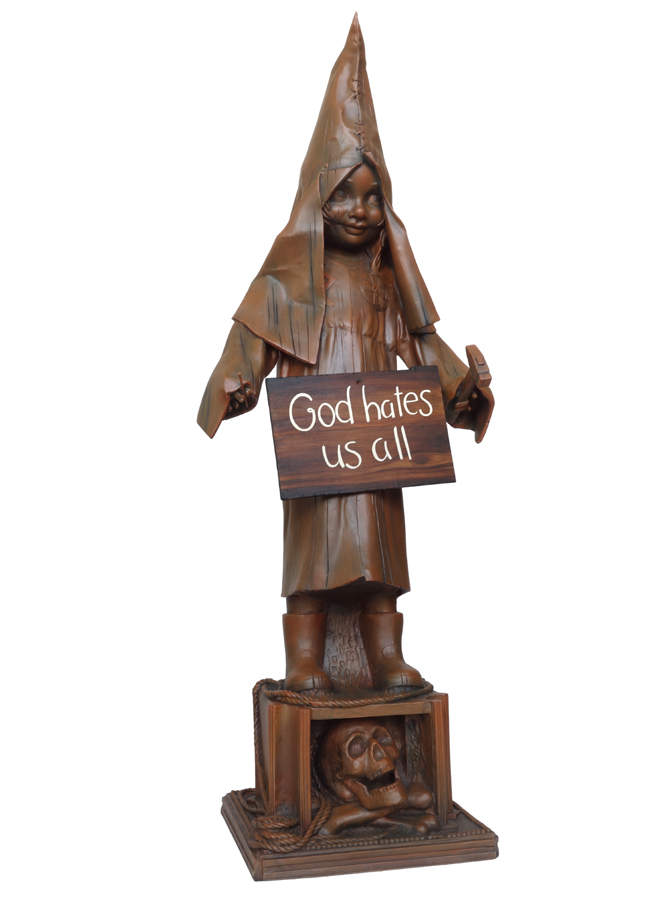 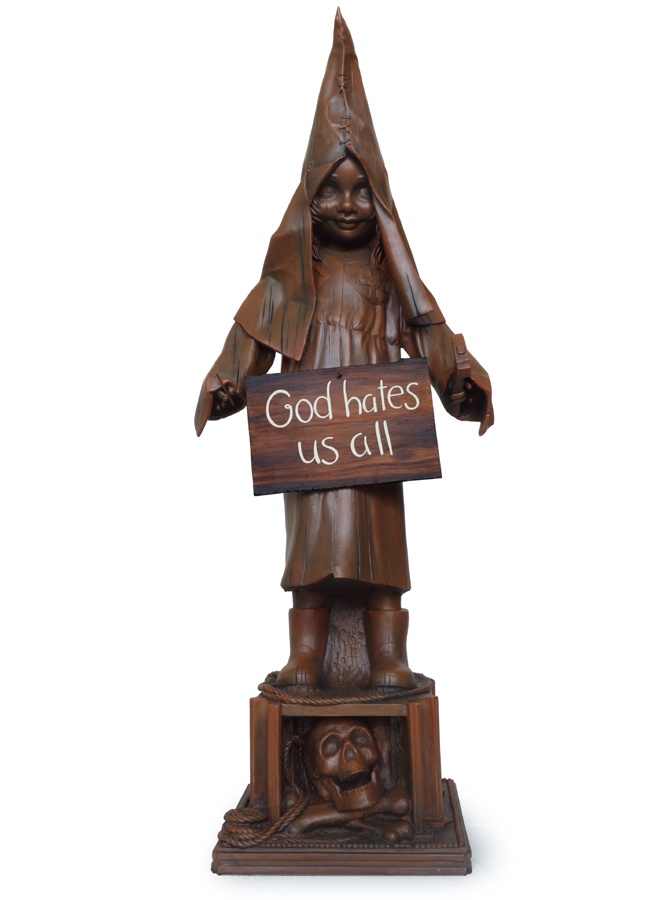 NV:‘I sense nihilism in Trick or Treat, the piece with the text “God Hates Us All.” Yet, faced with the image of the child, I can’t help but feel the conflicting emotions of hope for future generations and dread that we have left the world in a state of war and destruction for them. Are you warning your viewers about the repercussions of today’s political climate?’

HH:’You could put it like that. The girl is dressed up in a little KKK outfit, symbolizing self-righteous evil that can take on many disguises. It won’t disappear by banning the costume, which has a long history. In Spain the hooded robes have been worn during Holy week since the middle ages. To U.S. tourists who are shocked by the similarity is often pointed out that the resemblance is totally coincidental, and that may well be so, but since the robes have been copied by the KKK, you can’t help being reminded of the atrocities performed by the Roman Catholic church throughout history — even though the hoods were supposed to represent selflessness.

From a secular point of view — mine — the most important words in “The God Hates Us All” are “Us All.” Equally. It could just as well have said “God Loves Us All,” but that on a girl wearing the hood would have been a bit too cynical for my taste.’