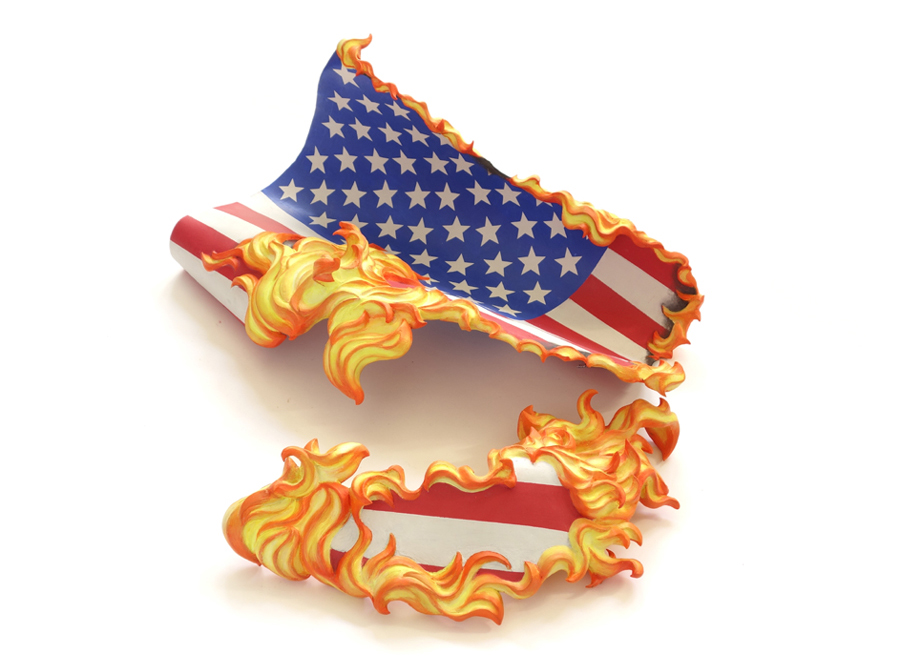 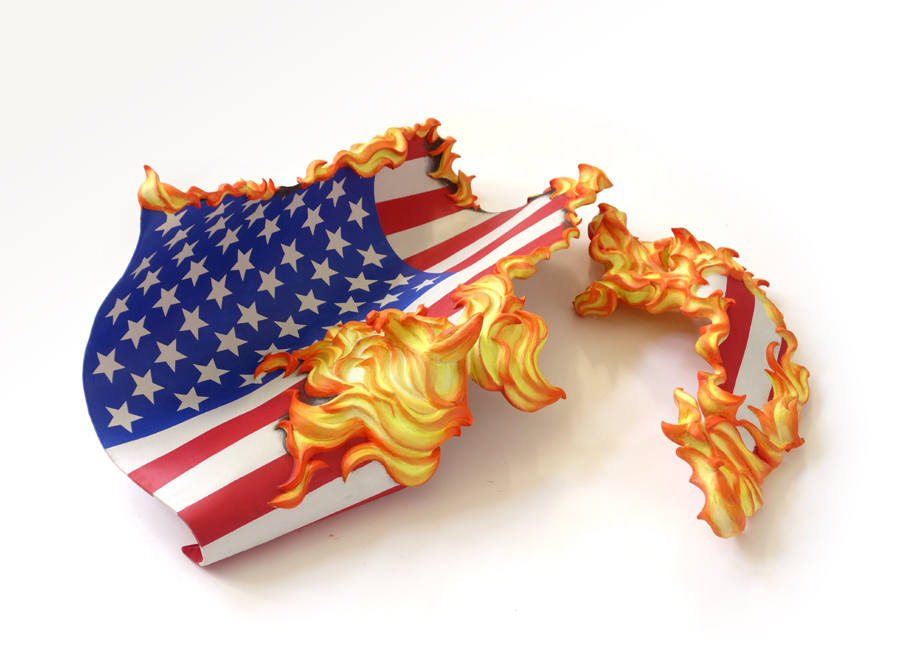 The above sculpture was supposed to be part of a duoexhibition with Hans van Bentem  in march 2017 at the KochXBos Gallery in Amsterdam. Unfortunately KochXBos felt such moral objections to the piece that they would rather cancel the whole exhibition and end the collaboration than to show it.

‘……The sudden urge to burn flags that gripped the young in the 60s was not just about Vietnam. It has to be understood as part of a new attitude to images that started with pop art. Fascinatingly, the reason flag-protection laws appeared in the US in the first place was to prevent the use of the stars and stripes by advertisers and product designers. It was commercialisation that threatened to trivialise the sacred banner……Pop artists saw it as an icon to appropriate, like Coke or Campbell’s soup. In Jasper Johns’ 1954-5 masterpiece Flag, the stars and stripes becomes both a painting and a sculpture, overlaid on collaged newspapers. Is this flag abuse? If so, it was just the beginning of a wave of subversion that would see Bob Dylan unfurl a giant stars and stripes as he played Like a Rolling Stone, Robert Frank ironically photograph flag-waving middle Americans and, in gestures that had the ritual quality of performance art or a blasphemous sabbath, people burning the flag more and more from 1965 onwards to protest against violence and war………When words fail us, we use images. When a nation creates a sacred image of itself – the eternal American icon that is the star-spangled banner – it also provides an instant, potent means of symbolic dissent…………’

Shipping is free within the Netherlands.

For information  about the shipping costs for your address, mail to: